Posted on September 20, 2016 by castlemainegardenclub

Fermi de Sousa of Redesdale gave an informative talk to the Garden Club in August.  Fermi has had a life long interest in these beautiful plants and in his garden specialises in rock tulips.  Thanks to Fermi for providing the following summary of his presentation.

“Most people associate tulips with Holland but they originated in the Mediterranean and Central Europe so are suited to growing in our region! 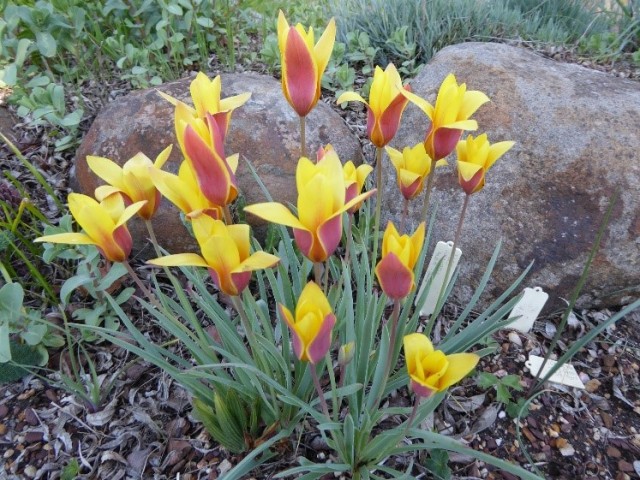 The highly developed cultivars seen by the million in the Dutch Bulb Fields and at events such as Keukenhof in Lisse or even Canberra’s Floriade are the result of hundreds of years of hybridisation. They are a far cry from the original species and the first generation hybrids.

Tulips are well suited to growing in Central Victoria as they start growing in the autumn when the rains start and flower as the weather warms up in spring. The species usually have less obtrusive foliage which withers away without smothering their neighbours so are better garden subjects than the big hybrids. They die down before summer and prefer a dry summer rest without rain.

The colours of the species can be as bright and flamboyant as the big cultivars but they won’t get as tall.

Because of that they are well suited to the rock garden or the front of the border or even to pots and troughs.

They are becoming more available from some of the commercial retailers such as Hancocks (best known for daffodils!), Vogelvry and Van Diemen Quality Bulbs (Tassie). Of course in this area we have nurseries such as Lambley (Ascot), Dicksonia (Mt Macedon) and Longinomus (Romsey) who sell a good selection of species tulips as well as other interesting bulbs”. 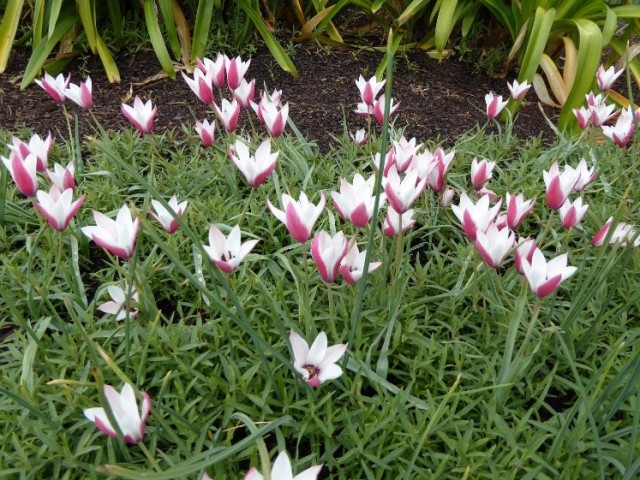 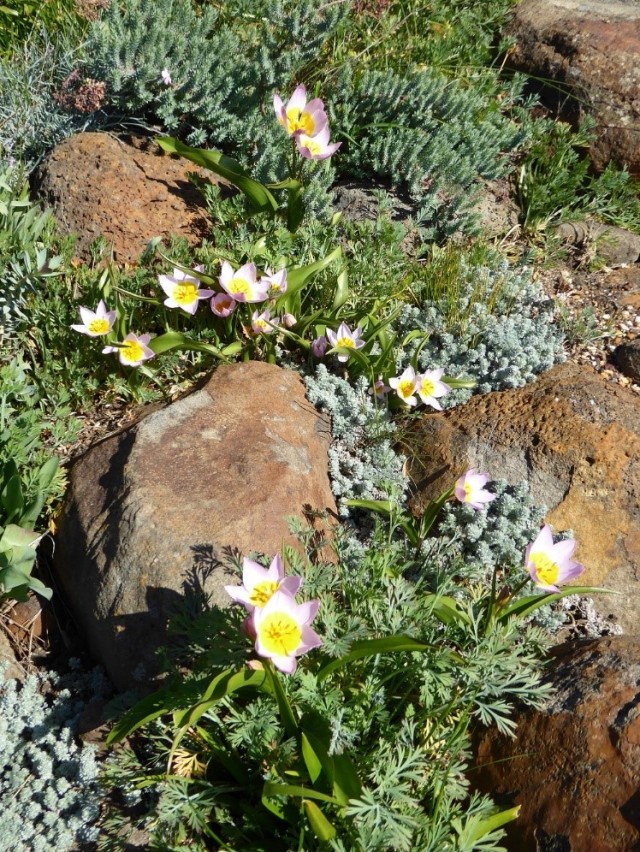 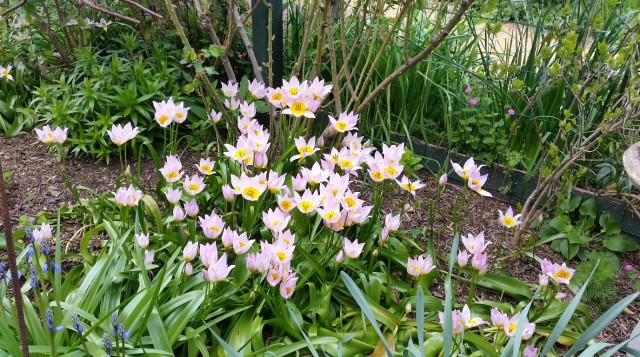 This entry was posted in Castlemaine and District Garden Club, Tulips. Bookmark the permalink.